F-Stop Magazine’s Review of A Fantastic State of Ruin 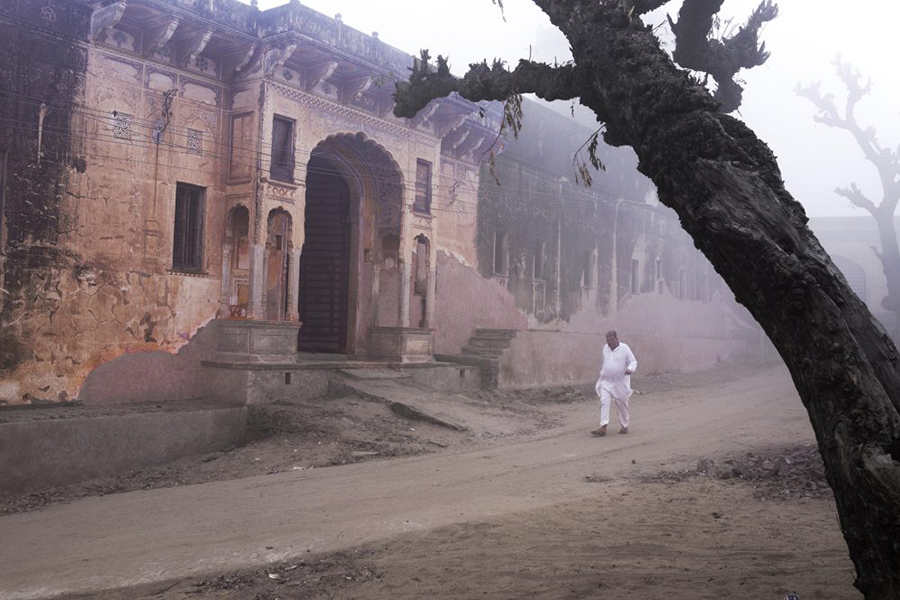 Book Review: A Fantastic State of Ruin by David Zurick

What first and foremost attracted me to this tome is the fact that since I visited Rajastan some years ago I’m carrying pictures in my head that deeply affect me. The places in India that I have been to (Delhi, Gurgaon, Agra, Jaipur) left me stunned – the masses of people, the traffic and noise, the colours and, especially, the women who I thought the most beautiful and dignified I’ve ever laid eyes on. What also made a mark on me was the observation by U.R. Ananthamurthy “that the Indian writer is luckier than his Western counterpart, for he lives simultaneously in the 12th and 21st centuries, and in every century in between” for it describes perfectly what I experienced when looking through my car window while my driver was busily navigating through traffic. “No rules,” he commented. “Do cars in other countries go all in one direction?” he wanted to know. “Generally speaking yes,” I answered, “they usually do not come from from left or right or towards you.”

A flooded street in Fathepur mirrors the traditional ochre walls of an abandoned haveli alongside acrylic paintings on a newly-renovated building.

David Zurick is an educator and a self-taught photographer who does in this cleverly done book (quite some pondering must have gone into arranging the photographs so felicitously) what I wish more photographers would do – he describes how, and into what mood, he was approaching what he came to photograph. The chapter “The Desert” starts like this: “The Bikaner Express left the Delhi railway station before dawn and arrived four hours later at Churu Junction. I barely had time to collect my luggage and hop off the carriage before the locomotive sped away again on its journey across Rajasthan …” In addition, he gives an account of the landscape (he’s an academically trained geographer, after all) – information that help one to imagine aspects that photographs alone cannot convey.

A Fantastic State of Ruin does not elaborate on what made David visit The Painted Towns of Rajasthan yet one might assume that he wanted to document what “might not be around for much longer.” Needless to say, the beautiful havelis (mansions), frescoes, and wall murals are reason enough although I keep on wondering how (India is a very vast country) he became aware of the Shekhawati region of Rajasthan. Anyway, I’m glad he did and that the people at Goff Books decided to publish this superb book.

A Fantastic State of Ruin is divided into four sections (The Desert, The Towns, The Inhabitants, The Painted Walls), a well-thought out structure that lays out the stages of the photographer’s approach. Each section is introduced by a short text that complements the photographs. Apart from being highly informative, these texts make also clear why, occasionally, words do not stand in the way of seeing but make for richer seeing. “Traveling from one town to another on the tiny tarmac roads or along the rutted sandy tracks once favored by the camel caravans, I always remained in the vicinity of a water feature, ever mindful of the fact that without them there would have been no trade or human settlement in the Great Indian Desert – and no painted towns.”

What I like most about A Fantastic State of Ruin is the meditative calm it radiates. That has most probably also to do with the fact that quite some photographs were taken on misty winter mornings. Another contributing factor is the seeming unpretentiousness of the people portrayed – on pages 100/101, one sees a mural of a woman in a sari on the one page and a photograph of a somewhat similarly looking woman on the other page. I’m reading this as a document of timelessness – and that, to me, is meditation.

A Fantastic State of Ruin is at the same time a convincing document of the unique painted towns of Shekhawati and an invitation to visualise timelessness.